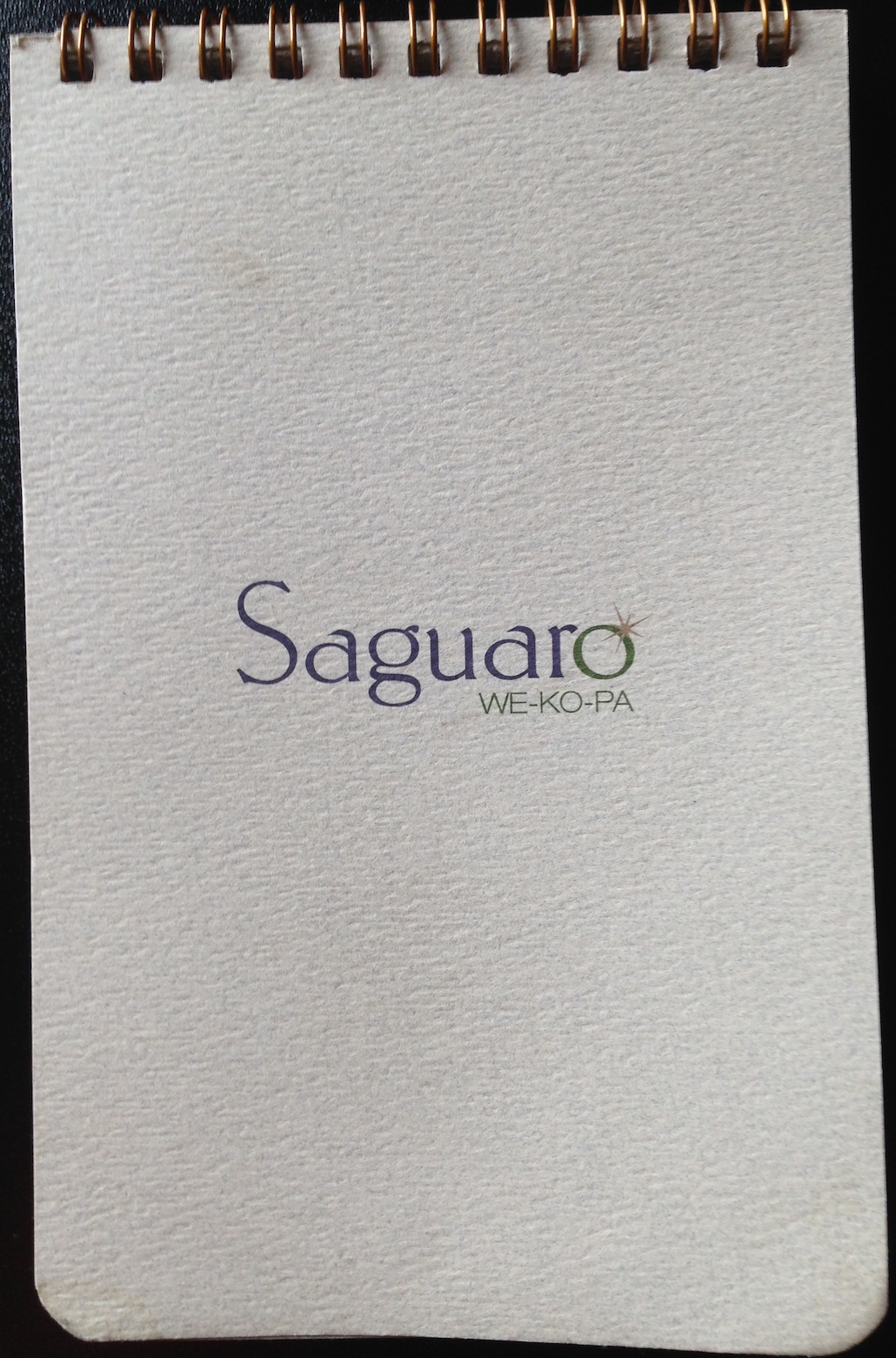 Today’s outing was at We Ko Pa on the Saguaro Course which is Scottsdale desert golf at its finest. We were a bit rushed when we first got there as I’d misjudged the the length of time to get there. We were paired up with another single player, which was fine as it slowed down our pace of play just a little so we barely caught up the group who’d teed off 30 mins before us.

After 7 holes I was beginning to think that the wide open fairways were making the course a bit easy as I was 1 under par at that point, but a double bogey on the par 5 8th with a four putt and a bogey on the par 3 9th put me in my place!

The back nine played a but harder with me scoring 5 over par for a total of 7 over (my handicap at home is 7, but if we apply the UGA course handicap for a Slope Rating of 132, then my course handicap is 9, so I was two under that.

Having played three desert courses in three days my observation is that if you keep the ball on the fairway then you can score really well on these kinds of courses. “Resort” style courses tend to have generous fairways, short (if any “rough” as we Brits would know it) and as long as you can putt well, decent scores are there to be made.

One thing that has been common to many courses I’ve played over here is the course operators “desire” to have people play off the right set of tees. I’m all for that, as 28 handicap player wanting to play a course from the tips at 6,900 yards is a recipe for disaster both in terms of their enjoyment of the game and the pace of play for everyone else.

So, when you are “told” to play off the Purple tees at 6,603 yards, at least have the grace to put the tees in the right place, not generally in the place where the White tees would be (6,252 yards). Not that it’s big deal, but please don’t make such a big deal of telling me how the “…course plays much longer” and then shorten the course.

The course was fantastic. The wind was up, there were relatively easy, short par 4s and a couple of pretty long, tough par 3s. With five sets of tees there’s one for every level of handicap golfer.  The course planner was EXCELLENT, the front cover is a bit understated (see below) but for every hole you got not just a colour pictorial view of the hole but the kind of diagram you expect the Pros to use, including a thumbnail of the green showing the slopes…I’d like to think my iron shots were accurate enough to ensure I “left the ball in the right place” on the greens…but they’re not most of the time, hence one four putt!!

We did not get to experience the clubhouse but I did notice as I went to apply my factor 50 sun cream that there was a shower and towels were provided, which is no always the case at US “resort” golf courses.

One of the non-golfing highlights was the baby Rattle Snake we came across (see photos below). Our playing partners were quite confident it would not “strike” at us as it was laid out flat, not coiled…still did not go too close and it did make me think about whether I’d go and search for a ball if I hit one into the desert (I did on the 12th and I did go look for it, found it, hit it, but still made a bogey)!

Would I go back?  Definitely. 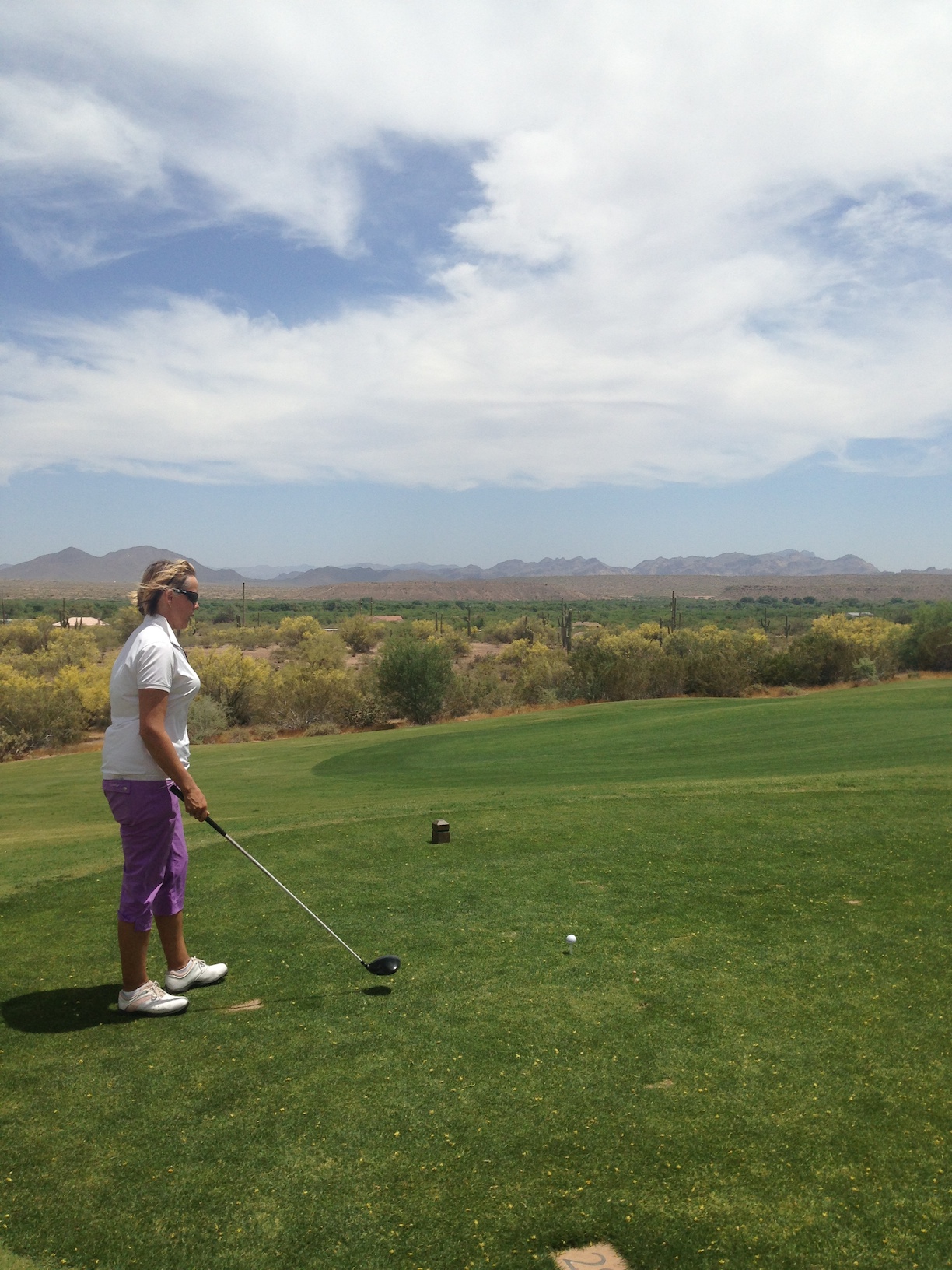 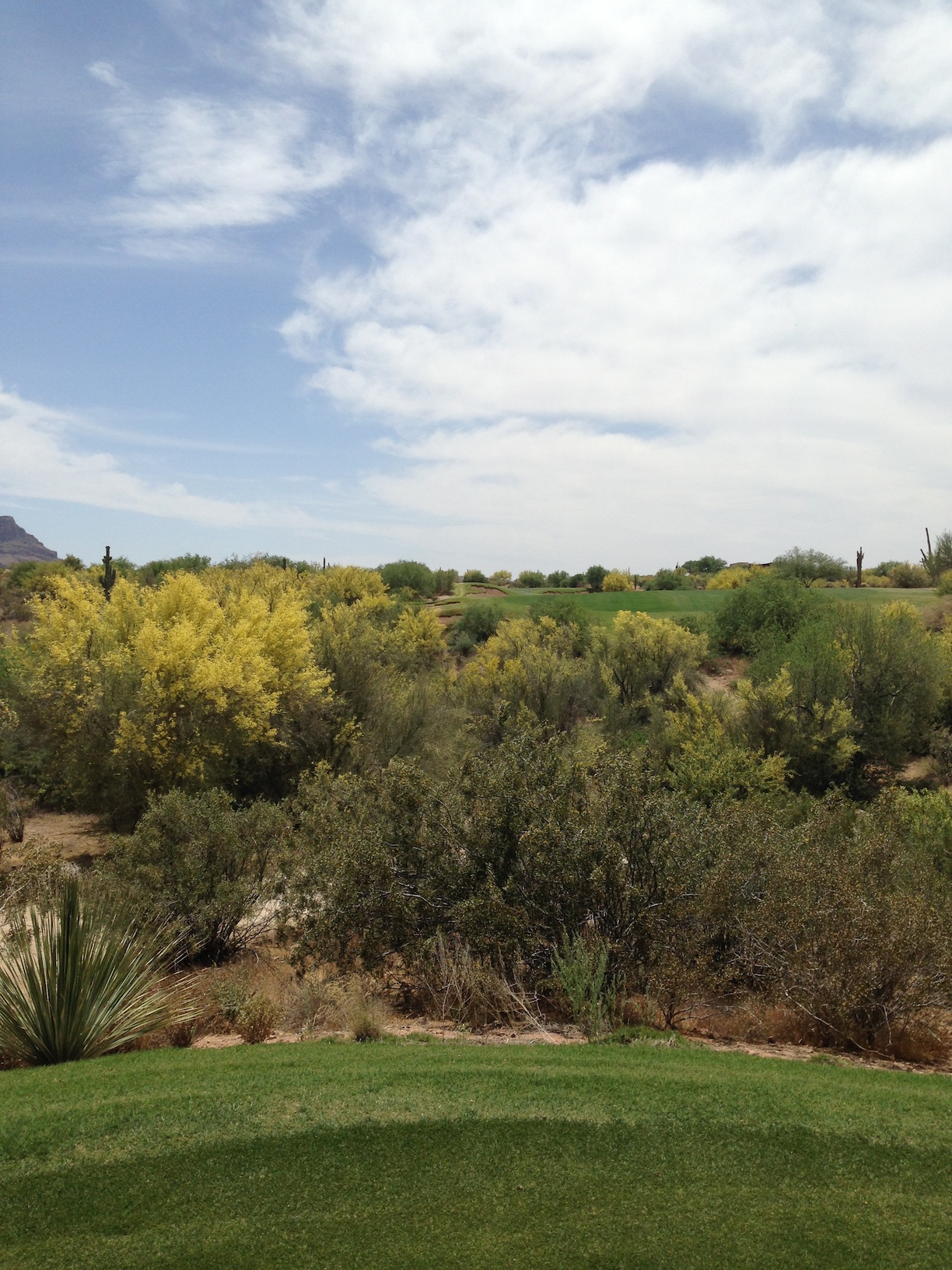 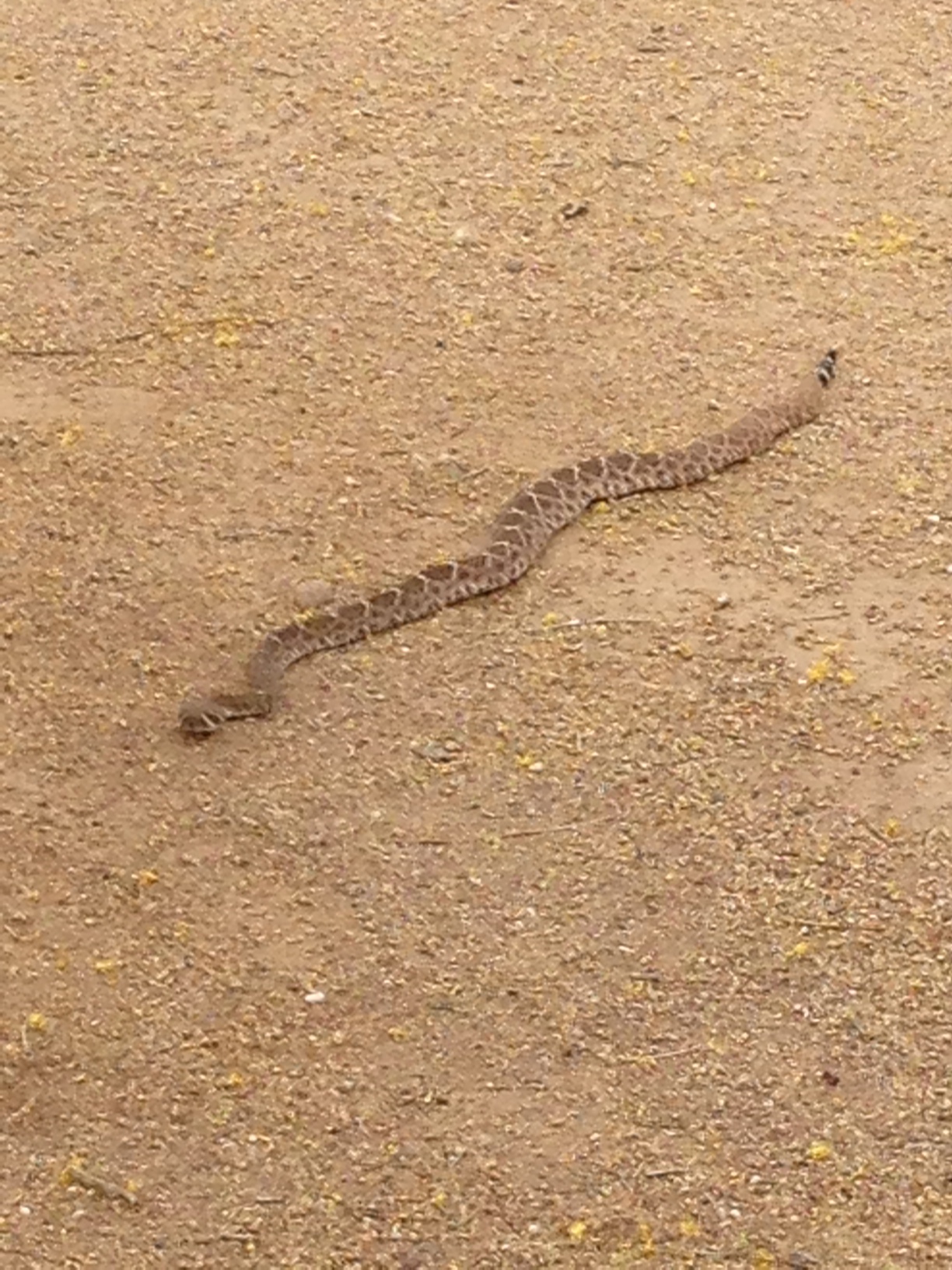 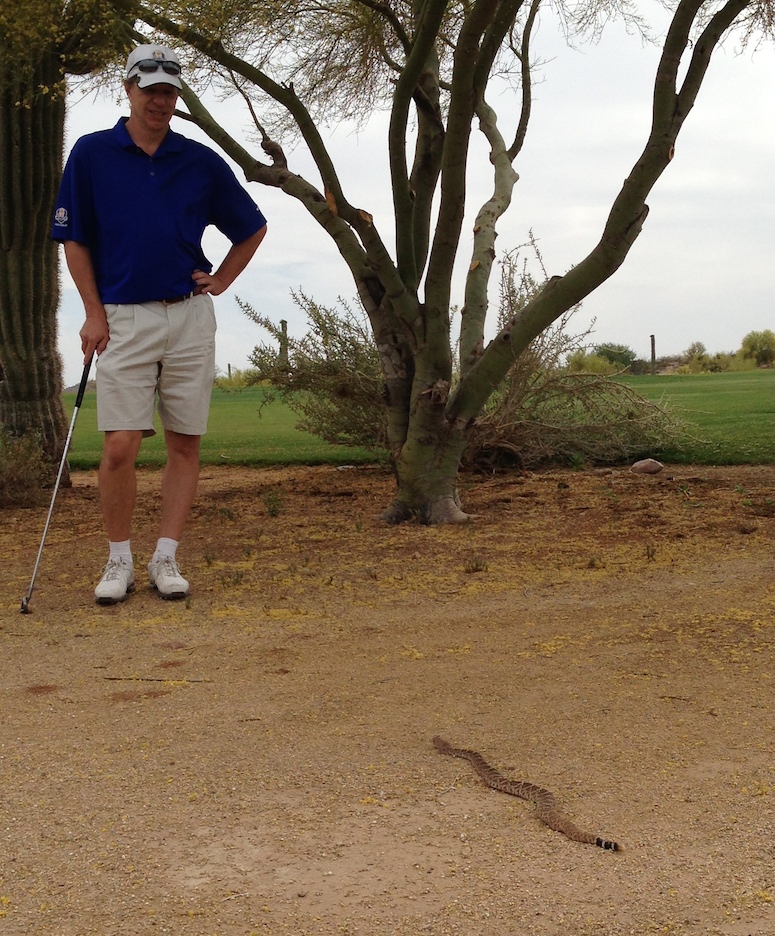 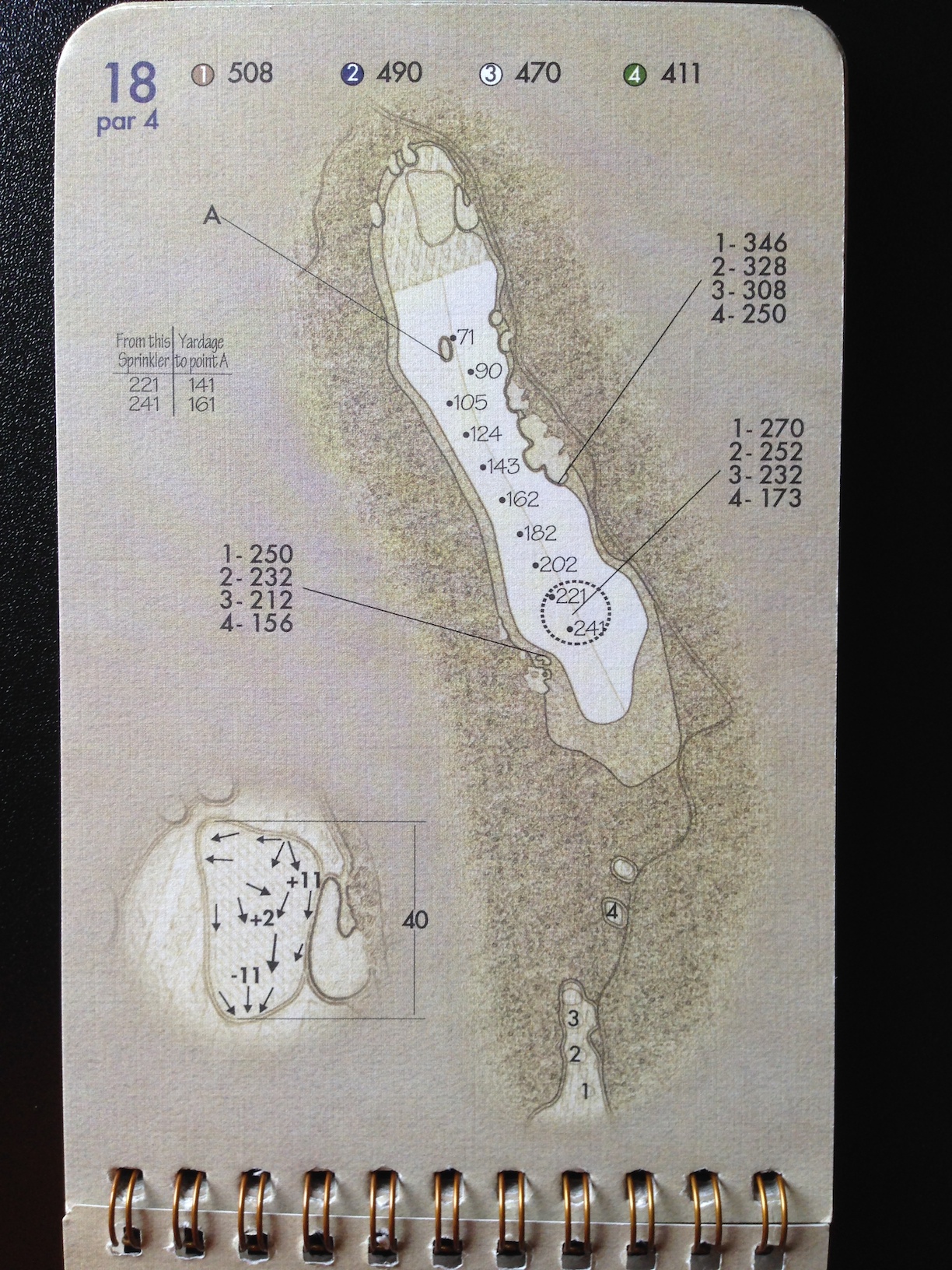 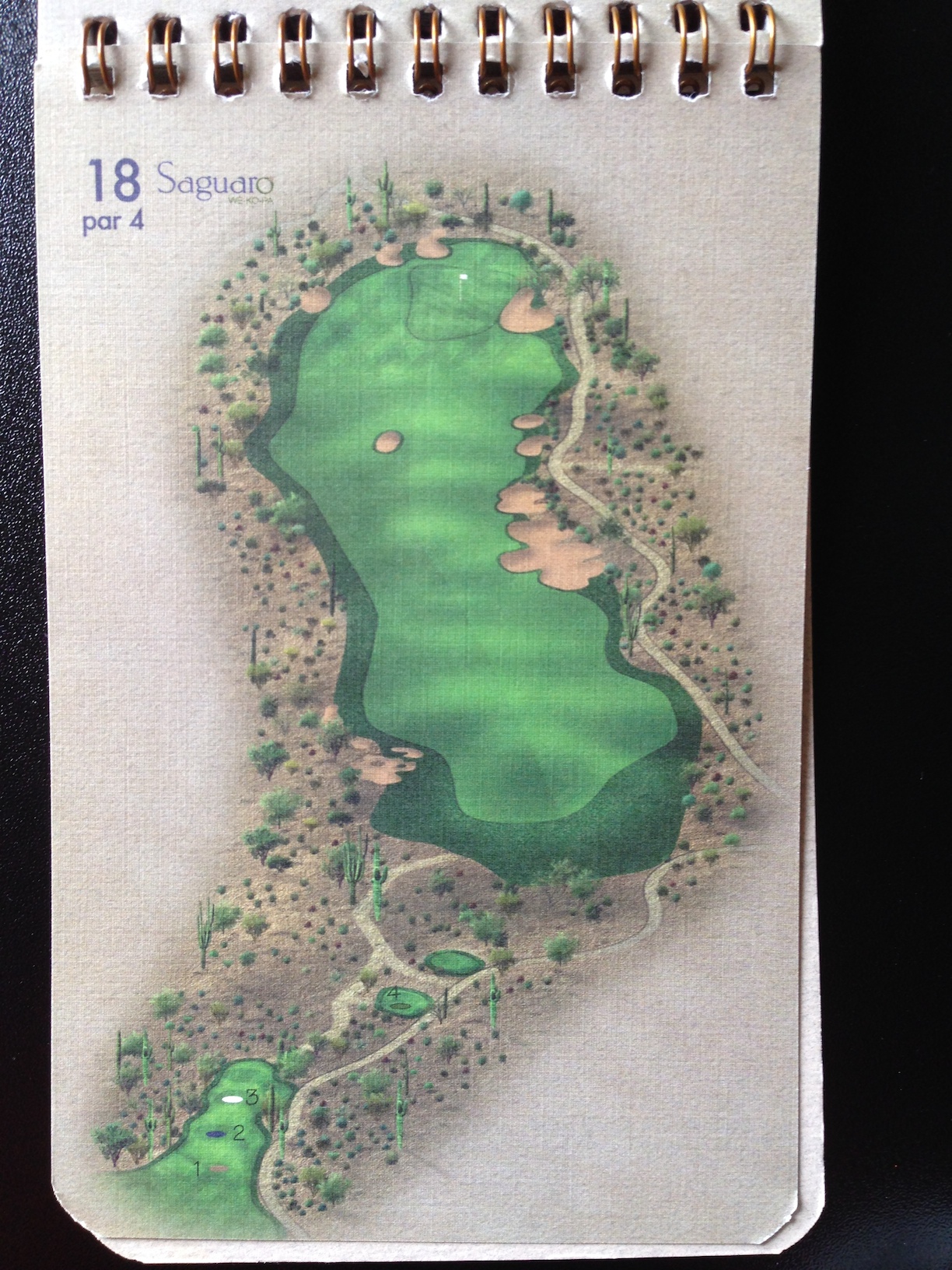