Today’s outing was at Quintero Golf Club. It’s a decent distance out of Scottsdale, at least as far as Gold Canyon, if not a bit further. We are staying at the Talking Stick Resort so it was pretty easy driving on the 101 freeway, then I17 north and SR74 west, even coming back at 6:30pm there was very little traffic.

The course has a few houses around it but you did not feel like you were playing in the middle of a housing estate like many of the Scottsdale courses “inside the 101 freeway. There were a few houses, but very little.

The course offers five different tee boxes, ranging from 5,043 off the Jade tees (think Reds in the UK) to 7,249 off the Black tees. I settled on one up from that, Gold at 6,875, but again, was disappointed as with yesterday at We Ko Pa that in many cases these tees had been moved up to the Silver tees (full distance being 6,437 yards). So, I guess I was playing a course of around 6,500 yards.

For my US friends, the Slope Rating on the Gold tees is 143 which gives me an effective Course Handicap of 9 (I shot 10 over (with a treble bogey) so just about played to my handicap.

It struck me today, as I’d not thought about it before that there are some different terminologies used in golf in the US compared to the UK. For example :-

This was most confusing when, the other day, MrsG asked one of our playing partners with what his “Handicap” was and he just gave her the blankest of blank looks.

Playing midweek the course seemed pretty quiet. There was nobody in front of us until we ran into a single player on the 13th and that was only because he was being held up by the group in front of him. So we dropped back and played the last four holes with a couple of Canadians down from Calgary (they’d played five courses in three days!!!).

The service at Bag Drop was very efficient, then we had a 5-6 minute drive to the range/1st tee, bear in mind that seems like quite a long time in a cart (buggy). This was definitely a “non-walking” course, even with a temperature that was only just in the 70s, the green-to-tee walks were quite lengthy on at least half the holes and there were some brutal climbs/descents.

The course was pretty challenging I have to say. I messed up from the tee on the 3rd (par 4, 390 yards) with two balls in the water so I five off the tee, a 4 iron to three feet and a one putt gave me a treble bogey.

The greens were immaculate, some of the smoothest we’ve played on since we’ve been in the US. Some decent slopes on the greens, but not stupid. I had a VERY good day with the flat stick, 10 single putts was testimony to that. It’s what kept my score to a decent 10 over par!

One weakness for me was the bunkers. Not the positioning, that was great, but the sand, if you could call it that. Very stony, very little of it which meant there was a high chance of thinning the ball so you end up trying to take more sand and then hitting it heavy with the risk of leaving your ball in the bunker. A bit of attention needed in this area methinks.

There where three par 3 “drop holes”. From the Gold tees these were 188 yards (9th), 190 yards (6th) and 201 yards (16th). Even with a “crib sheet” which suggested their true lengths club selection was almost impossible for someone who does not play these kinds of courses regularly. It was a bit of a lottery to say the least.

One unusual thing which we’ve seen on other courses, particularly here in the Scottsdale area is that it seems quite usual to have par 5 holes with low Stroke Indexes/Handicaps (see above). Take Quintero for example, Stroke 1 hole is the par 5, 550 yard 8th. This is hole with a big dogleg right over a ravine between the 1st and 2nd shots.

A three wood to the landing area and a slightly heavy 3 wood left me an 8 iron to the green and two putts for a “5 for 3”.

The Stoke 2 hole is the par 5, 515 yard 10th. This was downwind hole so bear that in mind. A decent drive to the middle of the fairway left me 220 yards to the pin. I launched a 3 rescue into the air, hit, the green, and bounced off into a bunker through the green. A decent bunker shot and 3 foot putt gave me a “4 for 4”.

I can think of very few holes on UK courses that are both par 5 and the two lowest strokes on the course. Can you think of one?

Overall I thought the course was great, possibly the best of the four we’ve played so far here in Scottsdale. I would definitely come back and play it again. 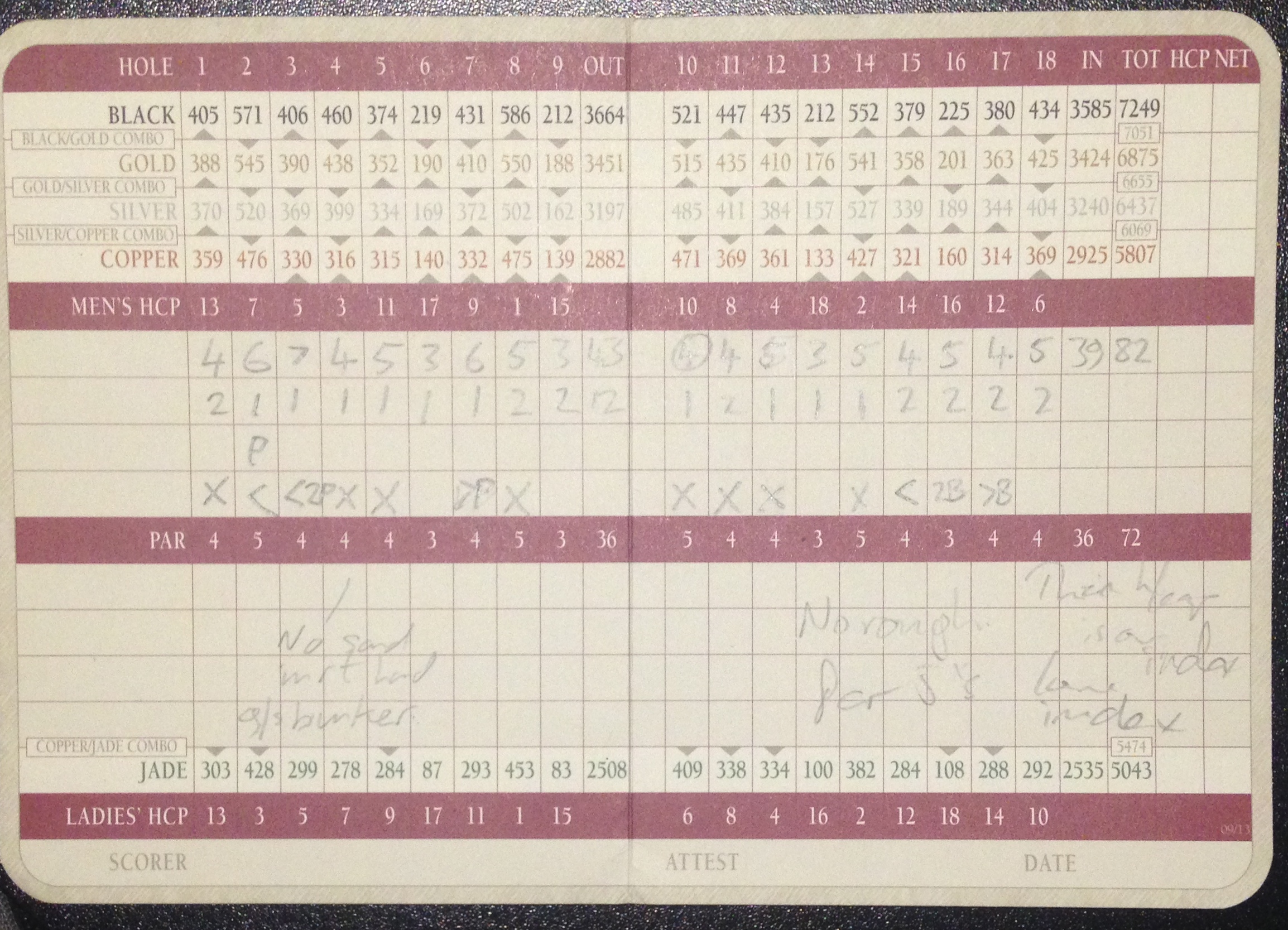 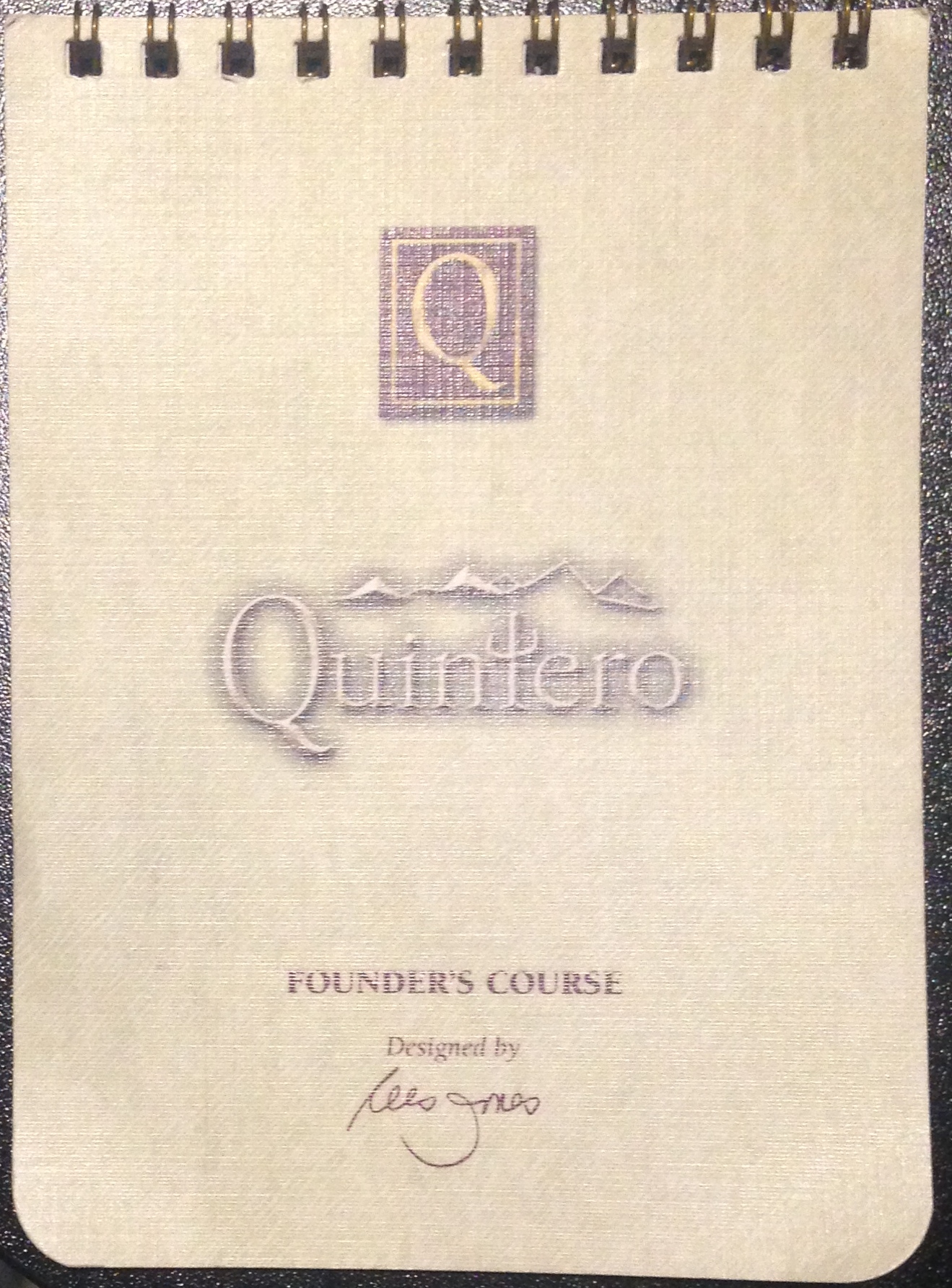 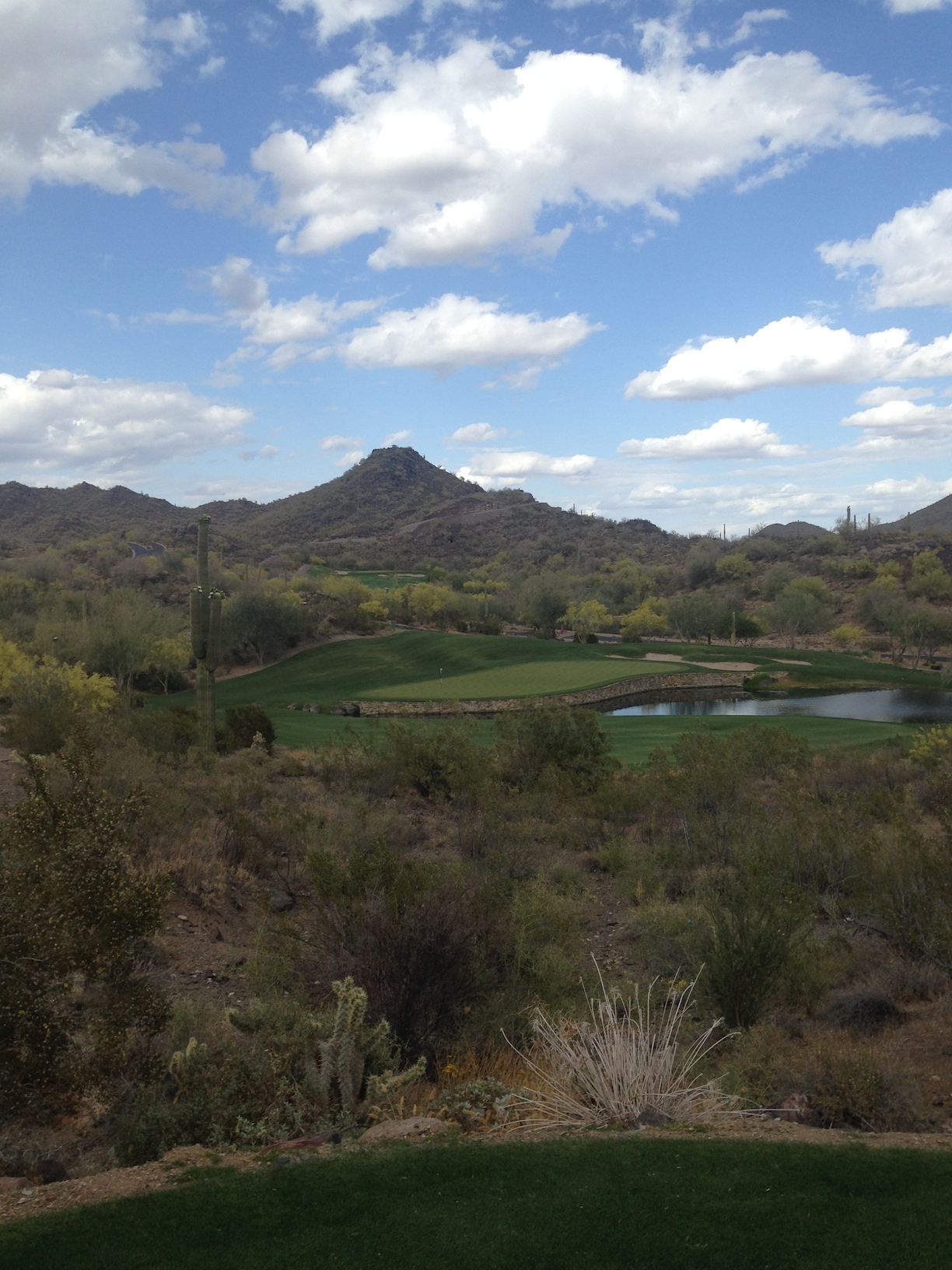 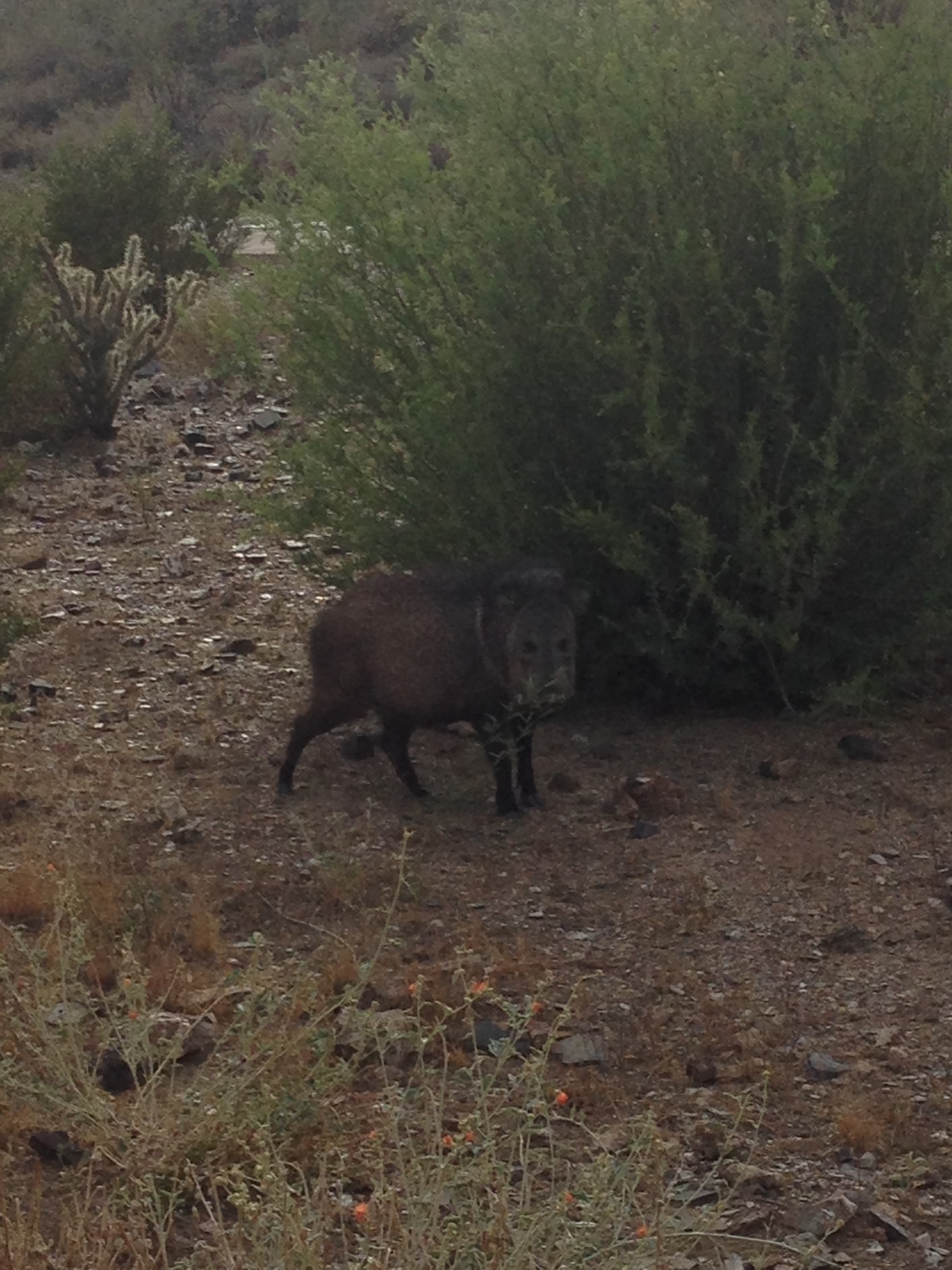 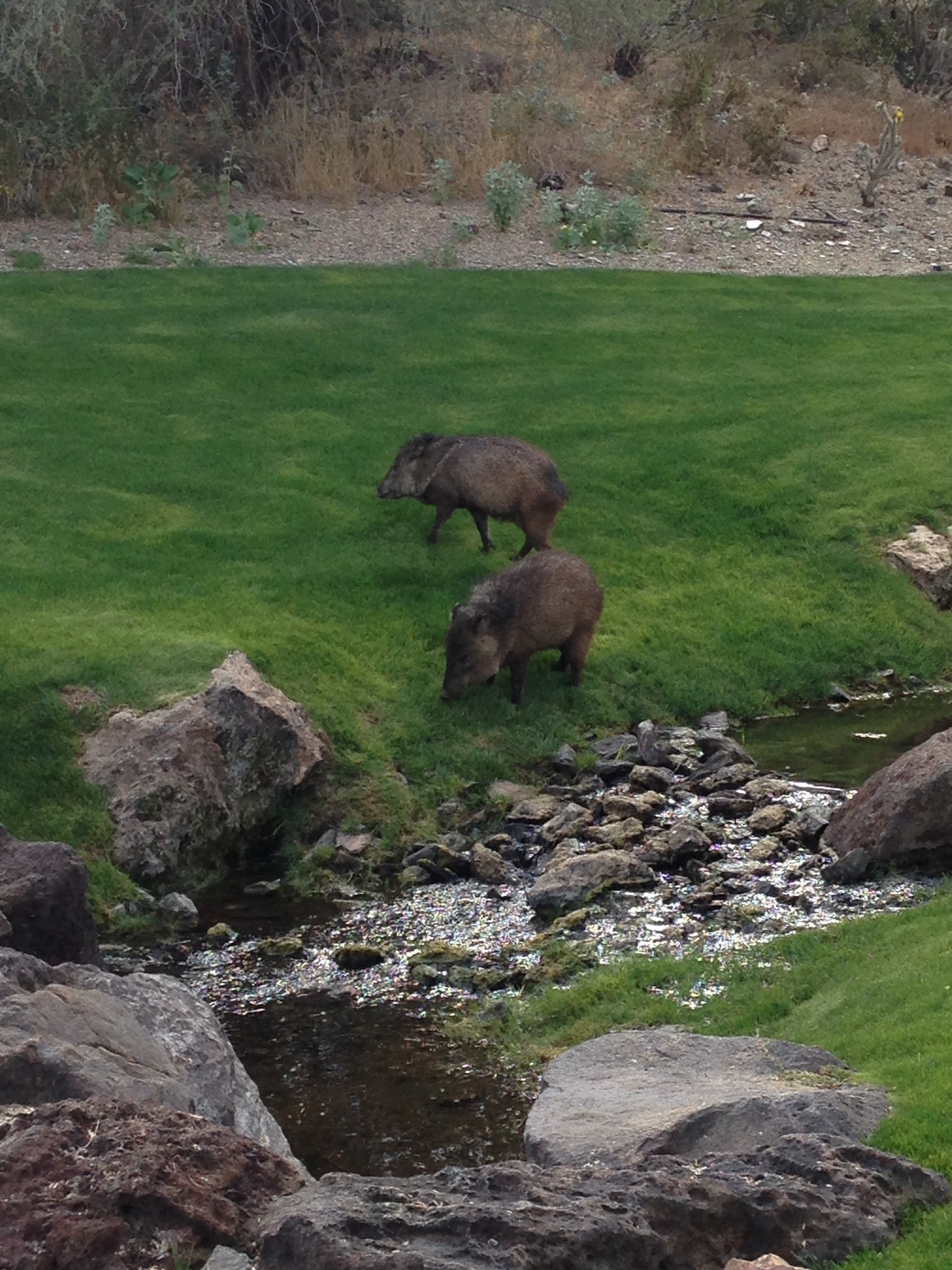 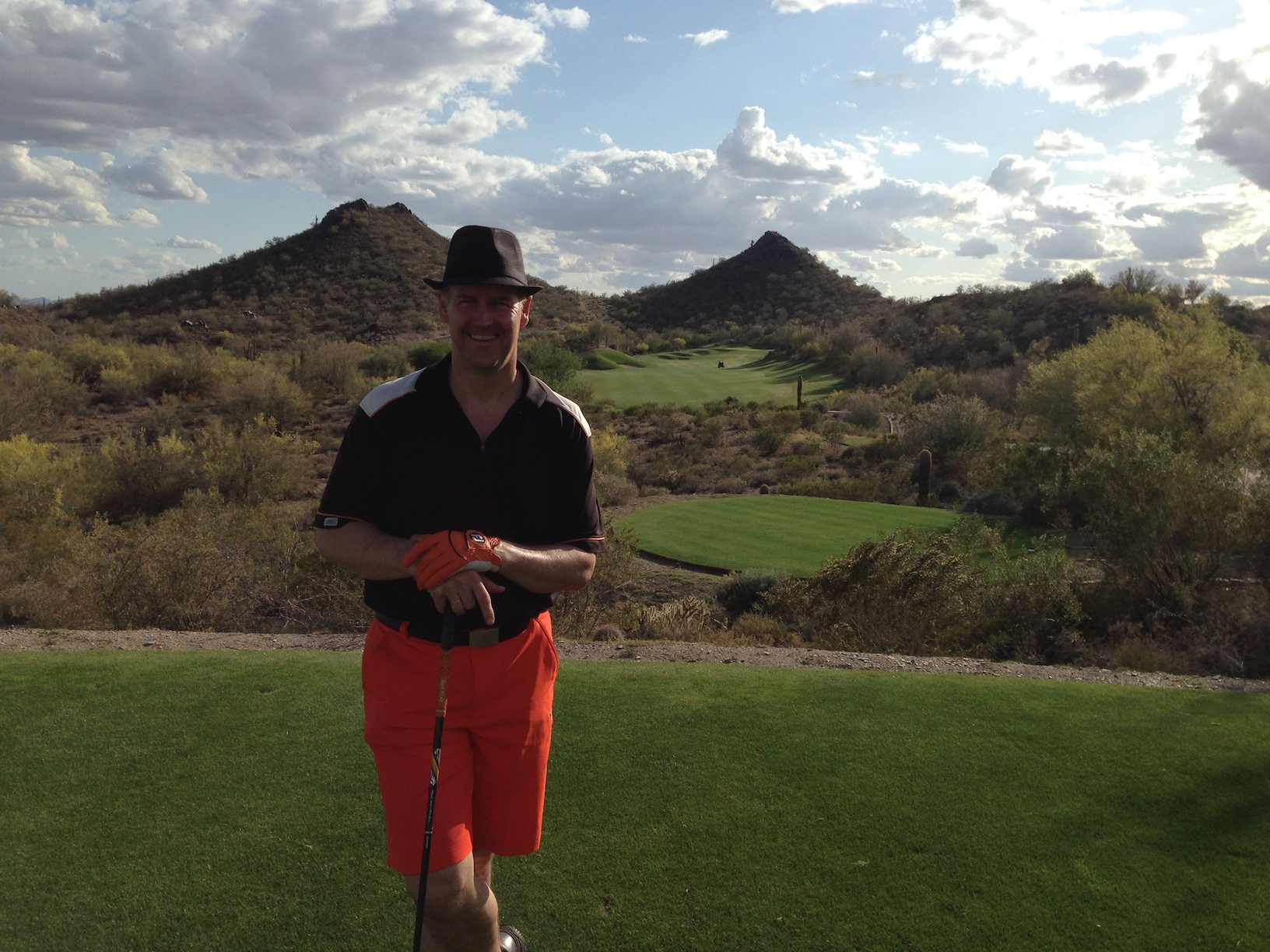 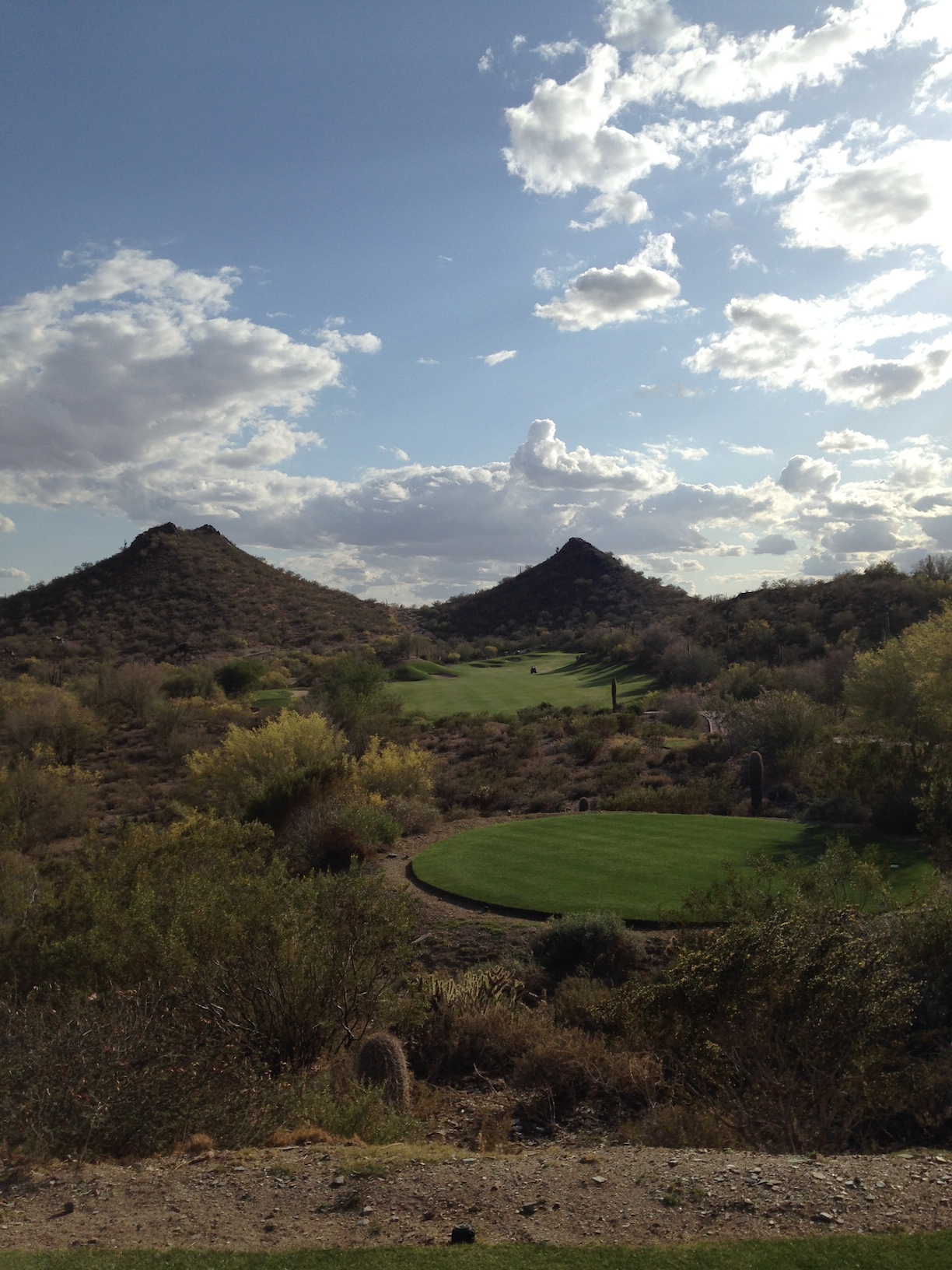 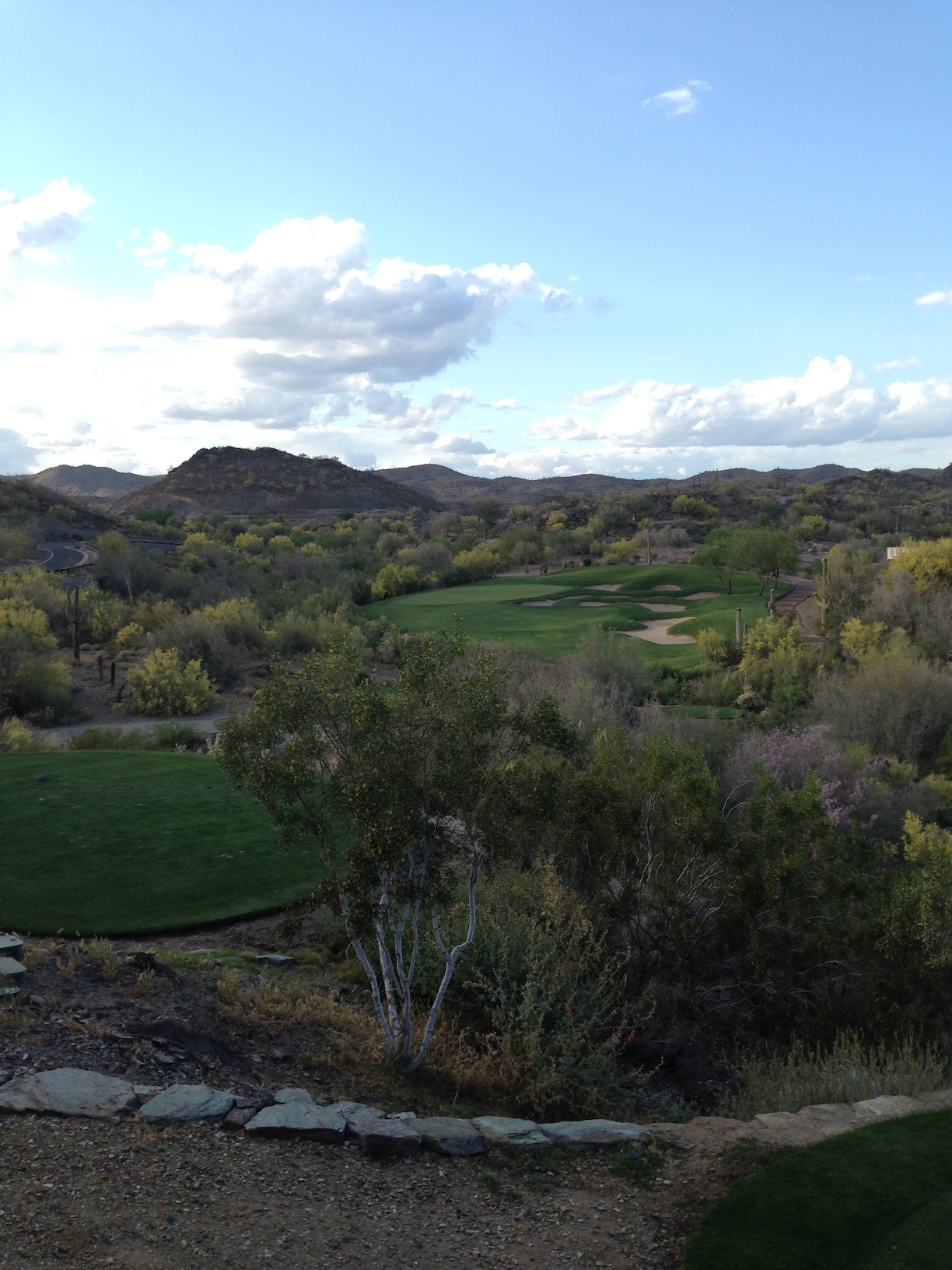