At the time of writing I have my feet up, fish & chips in my tummy and a glass of wine in my hand, reflecting on my week in Cornwall playing at the Perranporth Golf Club Festival Week.

And what a week it was. Wall-to-wall sunshine from the first game on Saturday to the last game today.  OK, so it did rain one evening just after we had finished playing, but no one would have minded as the course and the surrounding fields and gardens needed it, just like most of the South of England.

The week is a VERY relaxed affair.  There was only one individual medal on the first Saturday and the rest of the week was a mixture of Betterball, Greensomes, Mixed, Three Player Team, Four Player Team and even a Texas Scramble.

If you have not played the course then if you came for the whole week, by the end of the week you would have a REALLY good idea where to ‘miss’.

Apart from today, the last day, every other day had a 2-3 club wind every day and boy does that make the course interesting!

As a visitor, each round was only £20 this year (£5 for members) plus the usual ‘Twos Comp’ if you wanted to go in it.  To put that in perspective, if you wanted to play on a weekend morning the week before it would be £65 a round, so the Festival Week is a real bargain.

I played with some lovely people throughout the week and as a Country Member myself, it was lovely to be a ‘part of the club’ for the first time since I’d joined in the Spring.

My medal round at the start of the week was only one over my handicap, enough to get me a 0.2 cut to 8.5.  Two decent performances with contributions from the teams I was part of were good enough to finish 3rd in the Three Player team comp on Tuesday and 4th in the Three Player Texas Scramble on Wednesday.  So there will be a few quid for me in the Pro Shop next time I come down.

If you are a keen golfer, keep an eye on https://www.perranporthgolfclub.co.uk/ for the announcement of entries for the 2023 festival week which I assume will be the same time next year i.e. over the August Bank Holiday weekend.

See you next year!

Oh, and I saved my best round of the week for the last day, but even with 42pts between my partner and I, with the least wind of the week, it was never going to be enough to get in the prizes! 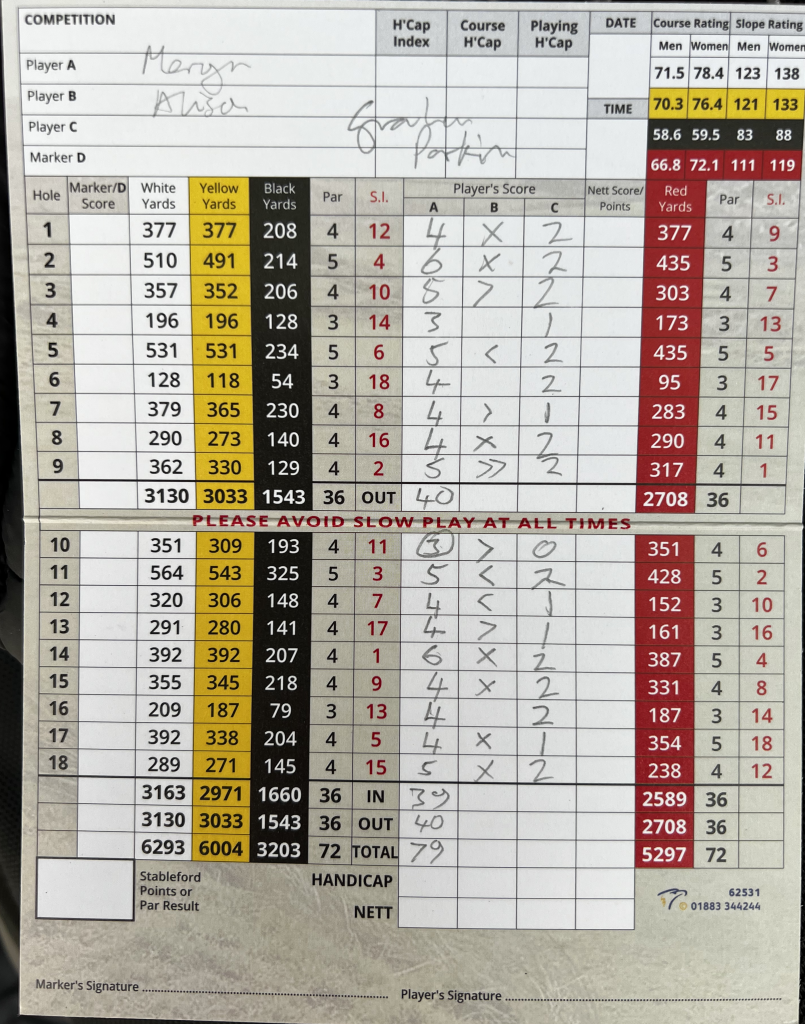